About Us | 2KnuckleSports MMA & Fitness Academy 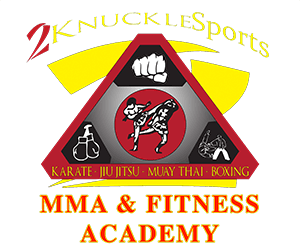 Secure your spot and get started today with our EXCLUSIVE offer!

By opting into the web form above you are providing consent for 2KnuckleSports MMA & Fitness Academy to send you periodic text messages. Standard rates may apply. You can reply HELP at anytime or learn more. You may opt-out anytime by replying STOP.
ACCESS OUR SCHEDULE
& EXCLUSIVE WEB SPECIAL

Secure your spot and get started today with our EXCLUSIVE offer!

By opting into the web form above you are providing consent for 2KnuckleSports MMA & Fitness Academy to send you periodic text messages. Standard rates may apply. You can reply HELP at anytime or learn more. You may opt-out anytime by replying STOP.

My daughter has been part of 2KS for about a year, since the moment we walked in staff and members were really nice and approaching, soon we fell in love with this place and became part of the family of 2KS. It has changed my life through their 6 week challenge and is changing my daughters as well. They genuinely care for people. Thank you 2KS.

What an awesome experience! Everyone is super kind, motivational, and professional.

This is a great place, my son goes here and he loves it. They teach discipline but they also like to have fun. Good place for the kiddos

I have been here for about 6 weeks to help with behavior and respect issues for my Kiddos. The staff although I don't think of them as that as they quickly become extended friends and family. Anyhow they take the time to talk to me and my kids as we work on our issues as well as help with what we are learning in class. I look forward to my family learning more skills and continue becoming better stronger people.

From the moment we ventured in to 2 Knuckle Sports, the customer service has been great. Signed up for the 6 week get fit challenge and what a difference this gym makes. If your looking to push your body, mind and get in shape, this is your go to place. Although I have yet to work with the other instructors, Senpai Marty Garcia has been great to teain with. The classes are challenging but the support is there. Check out this place.

Great place to train for the entire family. Whether you're looking for weight loss, self defense, or learning technical skills. Staff is excellent, answers questions, pushes you hard to achieve a little more everytime. Be careful though, it's addicting!

Awesome, awesome, awesome place! Everyone works with you even after your 6 weeks are up. You get so much help support & encouragement by everyone! We love the 2 Knuckle family!

This is exactly what I needed to get back in shape! They give you motivation, accountability, a meal plan,
And a new family. I love the family friendly and supportive environment. There’s something for everyone here!

(The Way of the Modern Warrior)

Nikidokai is based on a philosophy of mental and physical fitness growth and family. That’s why we use the Bonsai tree as a symbol. As a tree begins with a single seed and breaks open and begins to root itself firmly to the earth creating its foundation for growth it eventually sprouts from the soil and begins to branch in many directions, each branch different from another yet bound but not limited to the single tree, and from each branch, leafs, flowers or fruits are produced giving life and nourishment to the whole existence on earth from which it grew. The tree gives back to that which gave it life and eventually that tree will create new seeds that will begin the cycle all over again. The tree never asks for anything more than life itself. The tree is at ease at all times, even during moments of turbulence and strife the tree stands erect, strong and relaxed, simply flowing with the tides of nature.

The Bonsai is different in some ways. The Bonsai is cut from the roots of an existing tree much like Nikidokai was cut from the roots of many years of tradition. A Bonsai can be cut from any type of tree, there are many forms of Bonsai, just as Nikidokai is cut from many styles of Martial Arts; there is no limit. The Bonsai is portable, like the principles of Nikidokai’s “Dojo Within You” that say’s one should carry their own dojo within wherever they go. The Bonsai is also shaped and manipulated by its owner, it is an art within it self. The owner of a Bonsai can cut and prune their tree to be whatever they want it to be, give it whatever shape they want it to have. Just as Nikidokai is based in the 5 disciplines and at higher ranks is designed for each student to begin creation of the art that is right for them, as they are the owner and their Nikidokai can eventually take whatever shape and feel they would like it to have. Like the owner of a Bonsai the student of Nikidokai must just first learn how to shape and to care for it, how to grow it, how to cut and prune properly and most importantly how not to let it die.